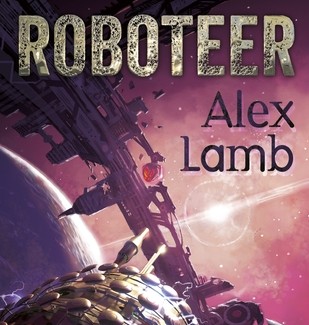 So I lied. I said I wasn’t going to read any more books for a while, and then I read the Guardian’s Science Fiction Roundup for Q2 2015. Much of it wasn’t really what I was looking for, and then the last book in the list,  Roboteer, tempted me away from my self-imposed sensory deprivation.

Well, that and the prospect of several hours travel on a budget airline.

The main character of the book is a Roboteer, a genetically altered human being whose purpose in life, insofar as the designers of his genome are concerned, is the programming of robots. True AI is deemed impossible, at least with the science accessible to the colony worlds, so they created large numbers of robots to carry out the numerous and perilous tasks their environmental tinkering requires.  To manage this, they developed genetically-enhanced individuals capable of managing these large fleets of semi-autonomous robots by interfacing directly with the complex software that is their equivalent of a consciousness.

But Will’s career as a Roboteer is not back on his colony world. He is a Roboteer on a starship, deep in combat with a force from Earth, and so the book opens on a space battle unlike any you are likely to have seen before. The originality of it – including the interpretation of “soft attacks” that run in parallel to the more violent aspects of combat, is refreshing and a strong point of the book.

Roboteers have difficulty interacting with others. The particular skillset they receive from birth unfortunately pushes them a few notches up the autism spectrum, and they therefore suffer from a certain amount of discrimination. Will is a particularly high-functioning Roboteer, who feels this discrimination keenly. This has a tendency to get him into trouble, and this trouble, combined with his particular gift for his profession, lands him a job on a soft-attack ship, for a mission of critical importance to his colony – one on which their entire survival hinges.

Earth, united under a totalitarian religious leader, has climbed out of its long period of self-harm, and has rallied around a new holy crusade – to recapture the colonies that it once called its own, but who have since spread their wings, embraced self-modification and genetic optimisation, both hideous in the eyes of the new faith, and represent the capitalism that Earth and its religious leaders have identified as the source of all harm. People with adjustments must be “purged”, which is the kind of cleansing one doesn’t come back from. The war will therefore not result in half-measures, and is a live-or-die moment in the history of the human race.

Unfortunately, despite having spent almost a hundred years in civil war and therefore having failed to develop the same level of technological advancement as the colonies, Earth appears to have developed a weapon that may win them the war. Discovering the nature of this weapon is the mission Will and the crew of the ship he joins must undertake before Earth attacks Galatea and all is lost.

I leaped at the book because it represented a new voice in space opera, and a new take on how technology and society might arrange itself in the context of interplanetary civilisation. In this respect, the book is a terrific read, and I can only recommend it wholeheartedly.

The combat scenes are excellently drawn and very immersive, and the science behind the fiction is – for the most part – believable, if not hard SF when looked at closely. Unfortunately, and I never thought I’d hear myself say this, there’s too many of them.

The strength of a fleet is usually the way in which it co-operates. The value of a leader is usually in the strategy with which he directs troops and assets. The battles in Roboteer feel, by the end of the book, almost like first-person computer games, because individuals constantly and consistently shift the tide of entire battles on their own, through their direct actions. Perhaps because I have read too much military history, I found myself straining to maintain my suspension of disbelief, as a single ship or a single person saved the day or overcame impossible odds, yet again.

But don’t listen to me. I always find something to complain about (just read the previous reviews), and what you should really do is go out and buy this book. You should do this both for the obvious reason that it’s really quite good, but also because we really want to encourage new writers entering the field to continue writing and developing their skills. This is a really promising first book and I hope that Alex Lamb has a lot more of this kind of work in him.